Protein is known as building blocks for you body. Many proteins are enzymes that catalyse or convert reactions in the body, vital for energy production. They also have structural or mechanical functions, found in muscle, organs, nerves and cells. For hormones, blood clotting and milk formation in lactation.

There are 22 amino acids, which make up protein. 8 amino acids we get from our food while the other 14 the body will manufacture.

Where does protein come from in our diet?

There are many myths about protein. The following are only a few.

I would like to take your focus now on Vegetarianism, the Ethics of Eating Meat and Soy as a source of protein and Dairy.

Are you a vegetarian or have you thought about becoming one for health proposes? Initially most vegetarians feel better when they stop eating meat. What comes with this new found health kick is an increase in fruit and vegetables, water, cutting out junk foods and exercise. But often this health feeling is short lived as most vegetarian alternative foods are highly processed, such as soy products and protein deficiencies appear.

As I mentioned in my introduction earlier, we are what we eat. We eat what makes up your body and our body is made up of amino acids 8 of which we need from animal sources. The other nutrient that is deficient in non-animal & dairy eating vegetarians is bioavailable B12 (only available from animal sources). B12 deficiencies can lead to anaemia as well as nervous and digestive system imbalances.

An example of a vegetarian culture are the Hindu Vegans living in India don’t eat meat or dairy but their food is laden with insects or larvae, which contain B12. Clean or organic foods contain no pesticides leaving natural bugs behind. A vegan or vegetarian in Western culture eating ordinary, non-organic food is eating sterile nutrient deficient vegetables.

As mentioned earlier, Anthropological data support this. Throughout the globe, all societies show a preference for animal foods and fats and our ancestors only turned to large scale farming when they had to due to increased population pressures

So is there such thing as a healthy vegetarian?

There is if you include eggs and whole, raw dairy products, organic vegetables and fruits, whole unprocessed grains, legumes, and nuts. Sometimes they are called Lacto ova vegetarians.

A question of ethics for animal consumption – Is eating meat inhumane?
The answer is yes if an animal is not raised biodyanamically and organically and as part of a biodiverse system, polyculture or permacultrue. What this means, animals that are raised on pasture as much of the year as possible, fed organic feed or natural medicines when sick, not exposed to pesticides or weedicides from the land or given antibiotics or hormones. They feed off pasture which is grown in nutrient dense soil.
Non-organic or monocultured raised animals are raised in confined areas; eat from feedlots rather than pasture and heavily medicated with very short lives. Rearing animals in this way is not healthy for the animal or the human consuming the animal, as animals are also what they eat and their environment.

Soy as a protein source.

Soy has become a popular and common replacement for animal protein in vegetarian and vegans and heavily promoted as a health food product. The problem with soy is that it mostly comes in highly processed forms such as soymilk, soy yoghurts, soy cheeses, soy meats and TVP also known as Textured Vegetable Protein. Soy consumed by original Asian cultures did not undergo processing methods of today. It is also a Biotech Genetically Modified food product made on mass. Consumption by Westerners is much higher as it is used as a replacement for protein in breakfast, lunch and dinner. But as discussed earlier, soy doesn’t offer complete protein such as in animal products or offer calcium, vitamins, minerals and fat-soluble vitamins that are found naturally in dairy.

Do you experience a funny tummy or excess mucous when you consume dairy. Have you been tested positive for dairy intolerance? This has become a common phenomenon and can easily be explained. Most dairy, we consume now is processed by pasteurisation and homogenisation. Pasteurisation is a process in which dairy is heated to destroy bugs. Its value is highly criticised making raw dairy available in many countries. In Australia it is illegal except for unpasteurised raw goat’s milk. The problem with pasteurisation is heating not only the bugs of concern but enzymes and nutrients, which help you, assimilate lactose. More and more evidence shows that people who previously have an intolerance to pasteurised dairy can consume raw dairy with no problems. Homogenisation is a process in which the milk and cream is emulsified to look uniform. This is also performed at high pressure destroying the delicate nutrients found in milk. 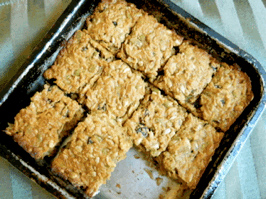 Add honey and Apple to all dry ingredients
If adding eggs, beat egg whites and fold into other ingredients. Press into a greased tray. Bake for 20 minutes on 180°C.
Cover when golden brown with alfoil. Store in fridge. Great for breakfast on the run, and for snacks. 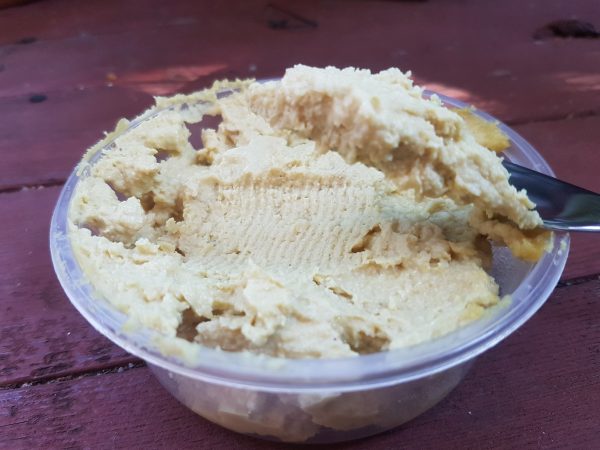 Cheesy dip with no dairy
No comments 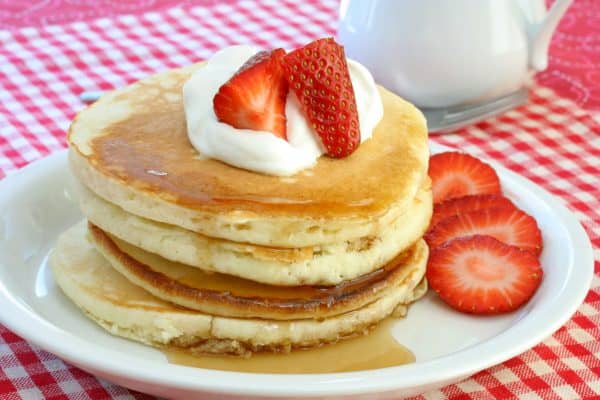 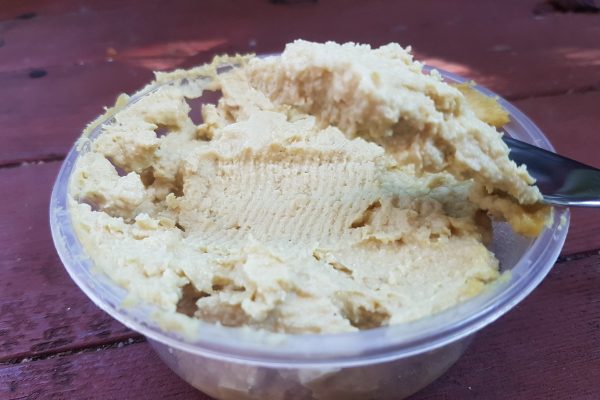 Cheesy dip with no dairy 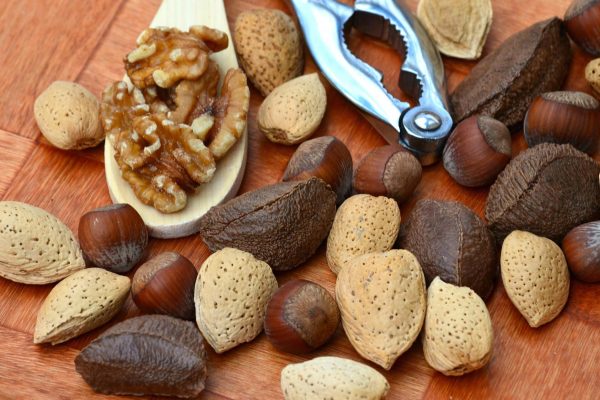 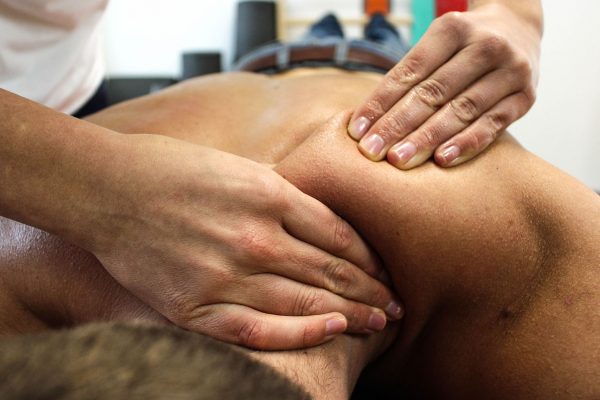 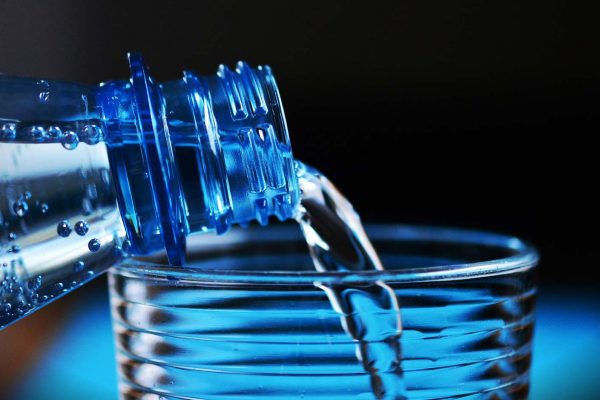 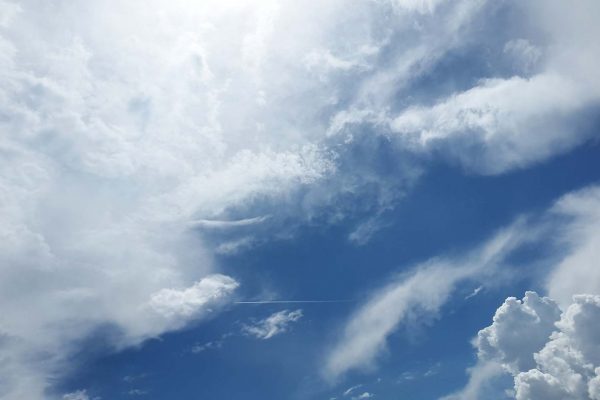 Oxygen Your Life Depends on it 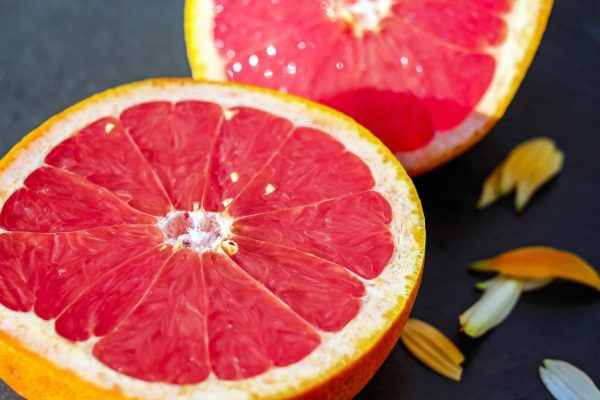